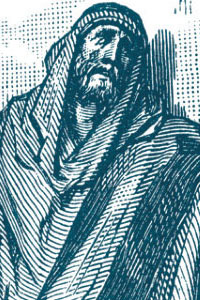 Many people think Jonah was swallowed by a whale, but the Bible describes the creature simply as a “great fish” (Jonah 2:1).

Itinerary Update:
Jonah went to Jaffa, an ancient port city that is now part of Tel Aviv. His plan was to flee to the city of Tarshish, which some scholars think it was in Spain. Nineveh was one of the largest cities in the Assyrian Empire, located in the area of modern-day Iraq.

Superstition:
Among sailors the term “Jonah” refers to a sailor or passenger who may bring bad luck and endanger the ship.

Greatest Embarrassment:
Jonah fooled himself into thinking that he could run away from God’s presence.

Favorite Quotation:
“Those who cling to what is false will lose [God’s] bounty…” (Jonah 2:9).

Major Contribution:
Jonah’s story teaches that mercy is available to all people and no one who repents sincerely can be denied it.